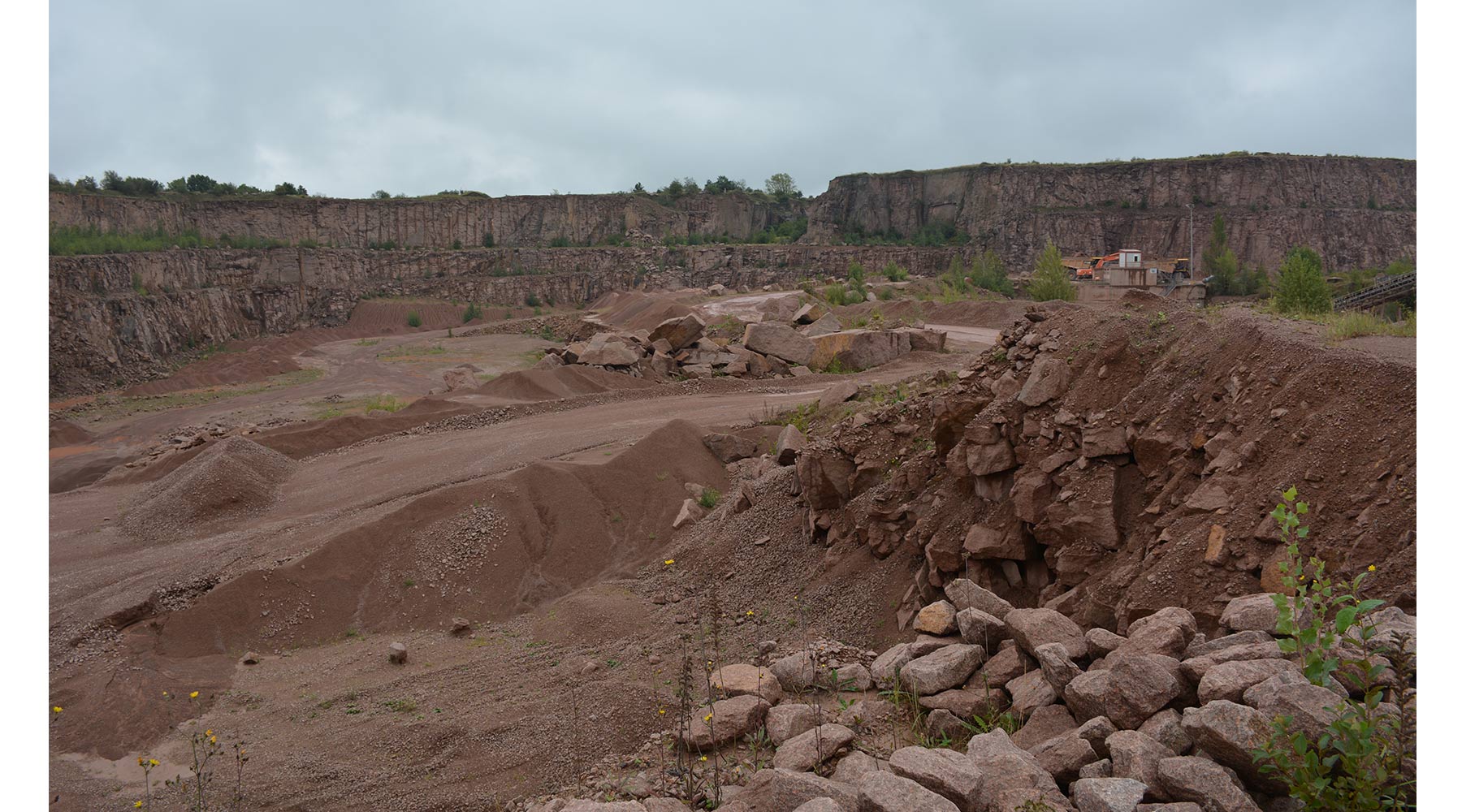 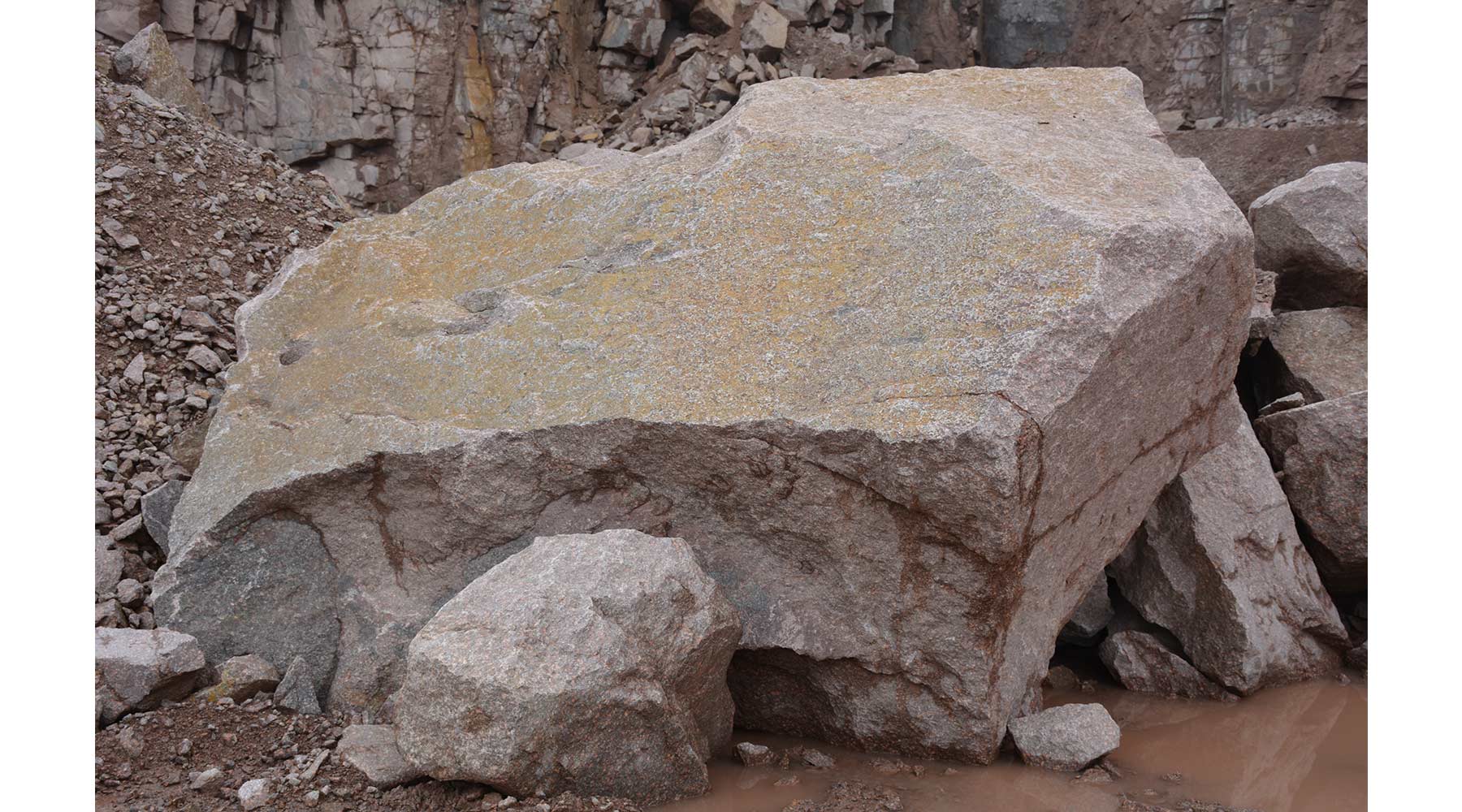 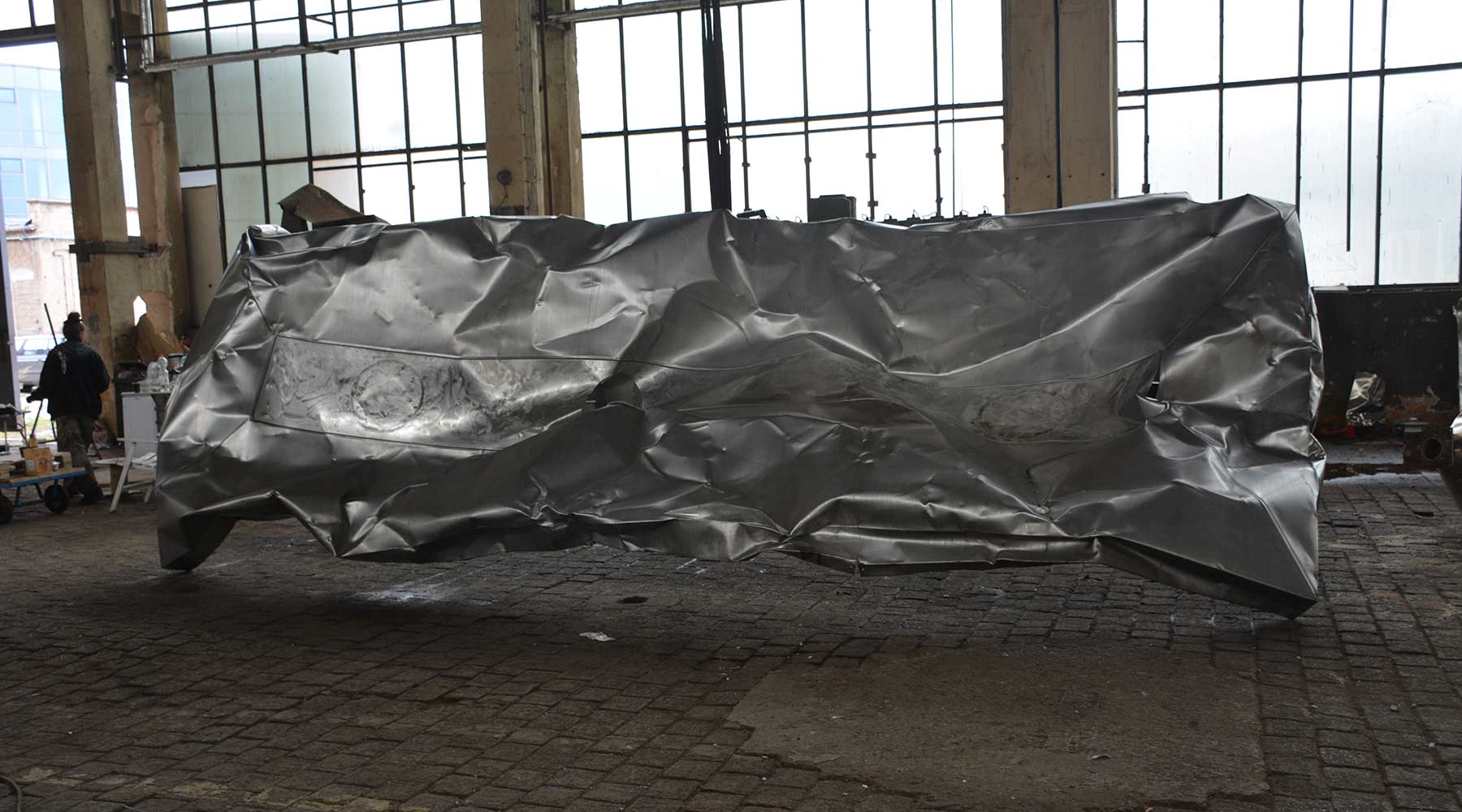 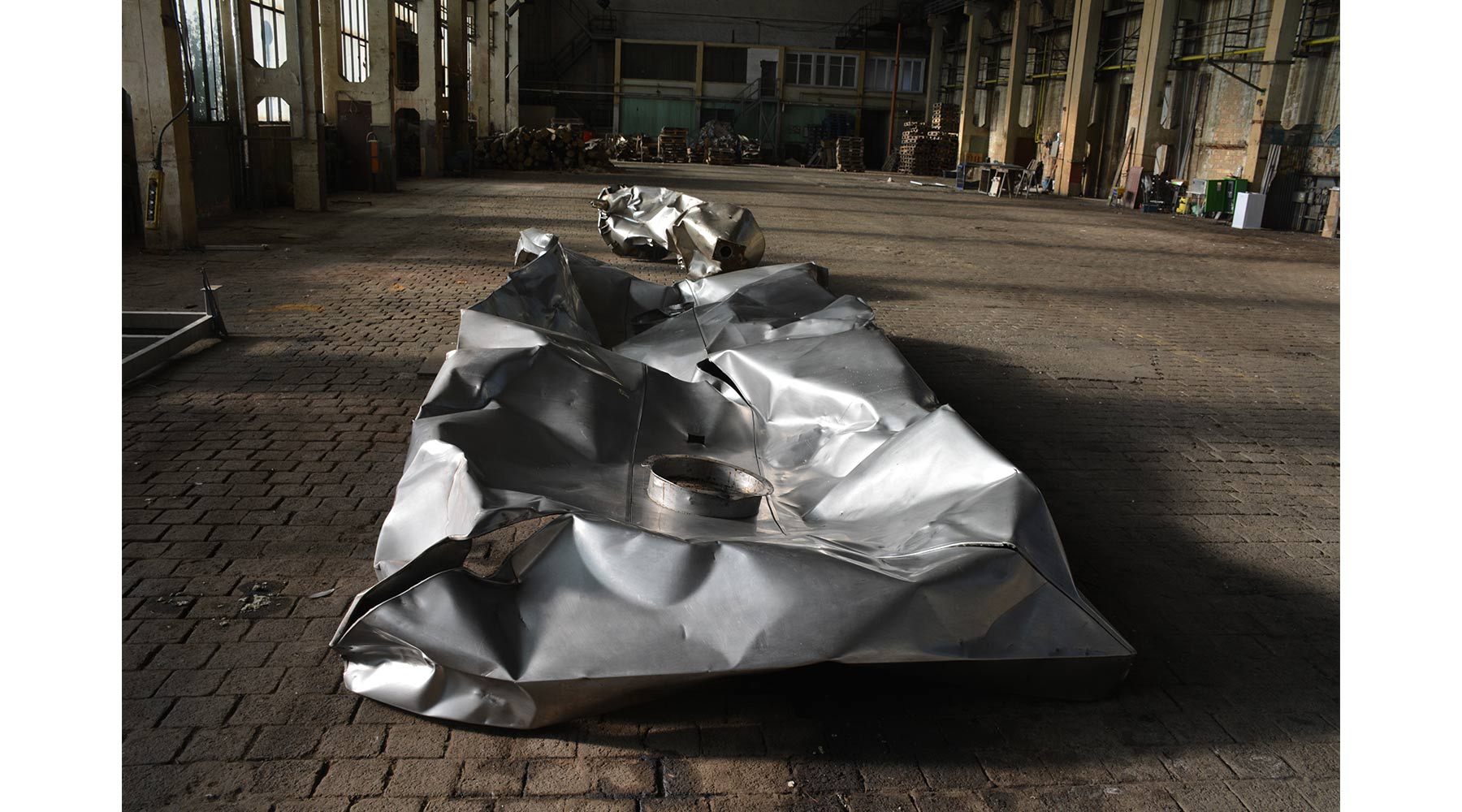 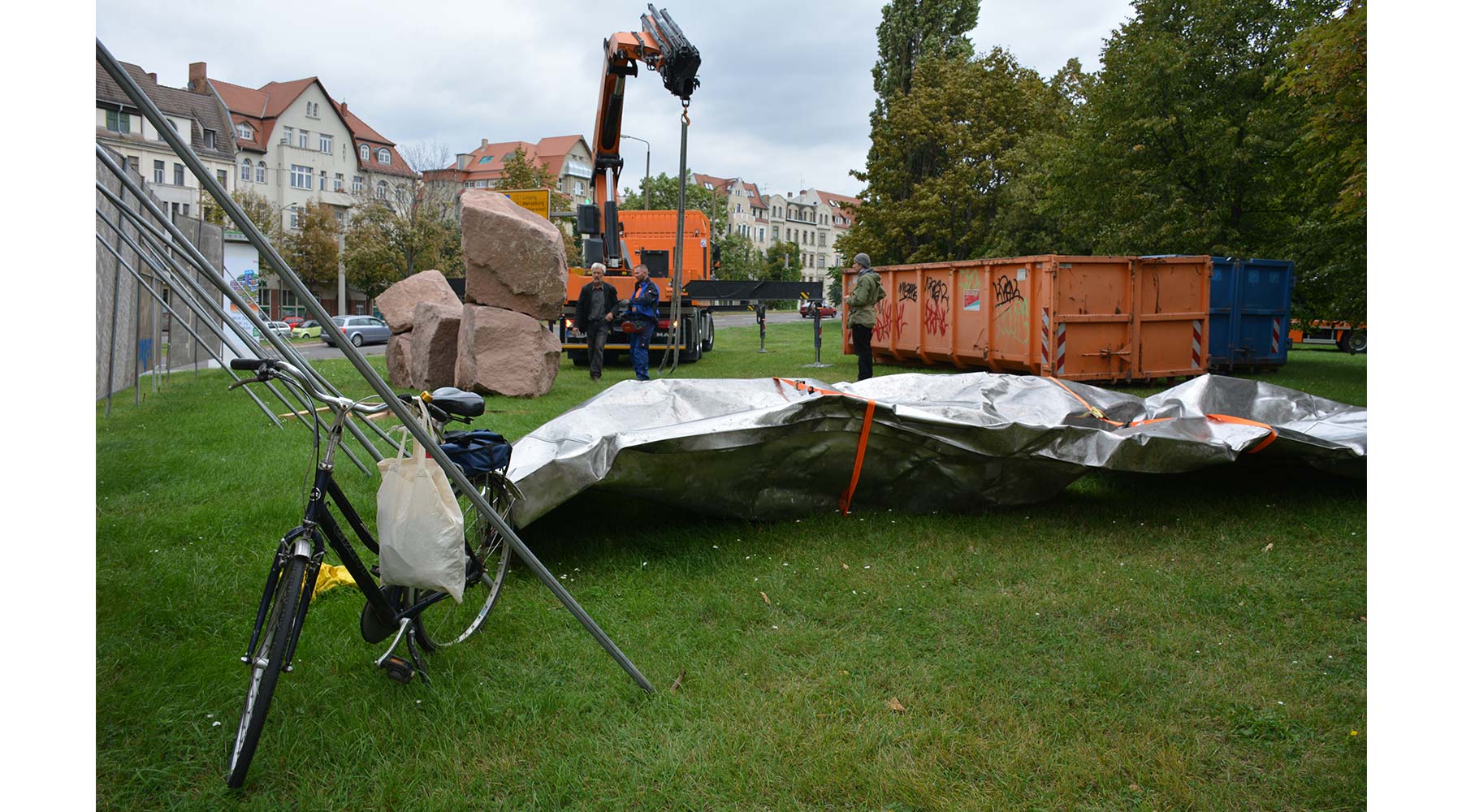 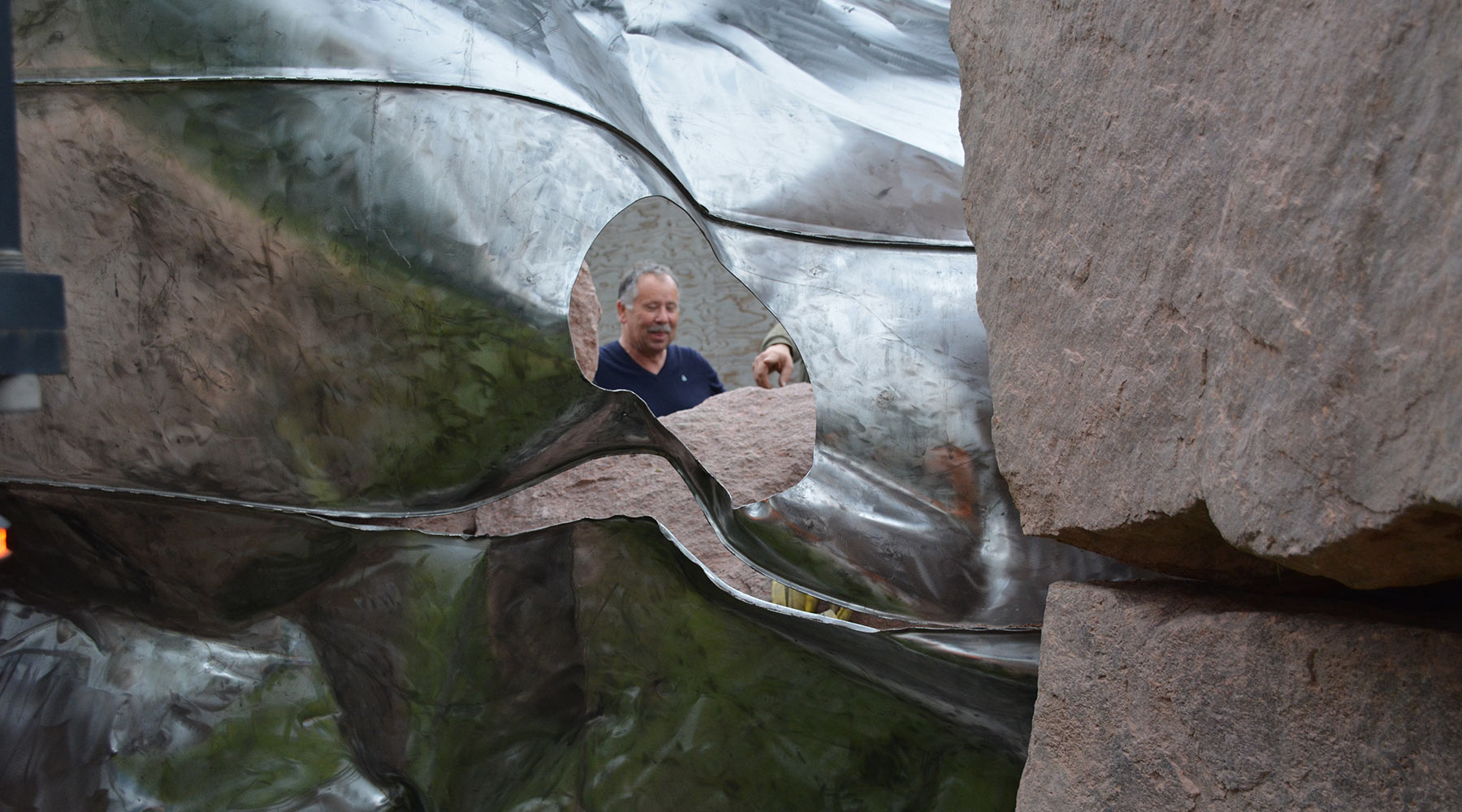 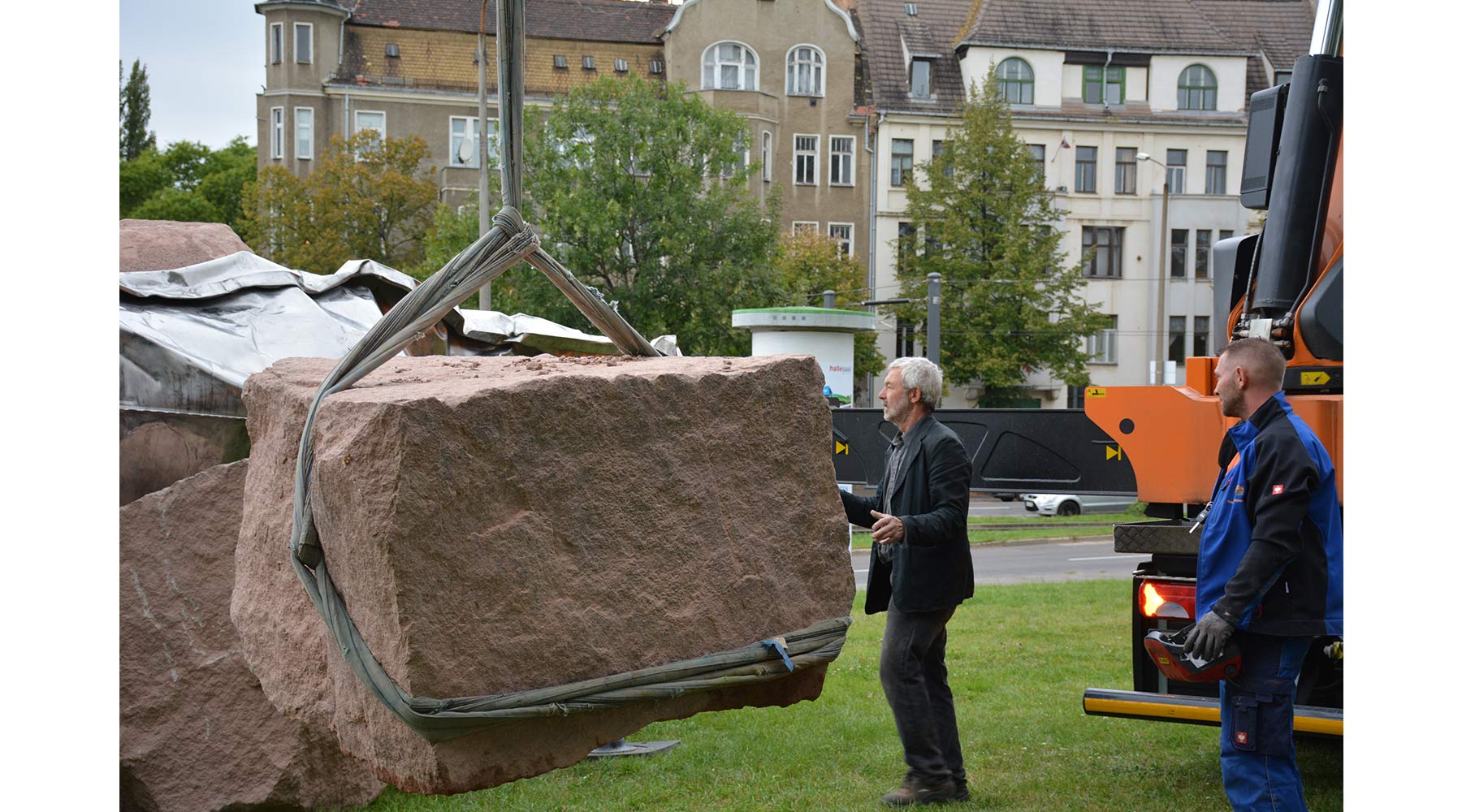 In August 2017 artists from three countries worked for one month in an old industrial hall in the German town of Halle. The sculptures that have arisen there are then placed in the public space of Halle.

Nouwens has been inspired by the geological history of the area.

On the outskirts of the city there is a quarry with Porphyrstone, which was the result of volcanic activity. This rock abruptly stops in the center of Halle. There is an almost straight and sharp border with another rock. This sharp boundary is also called the Hallesche Störung.

The sculpture consists of a 7 meter long and 2.5 meter high stainless steel plate, supported on both sides by large pieces of stone from the Porphyry quarry. The statue is placed on the Rossplatz in Halle.